Epson is refining original core manufacturing technologies that combine sensing and smart technologies. We are expanding the applications for these technologies to create a future in which robots support people in a wide variety of situations. 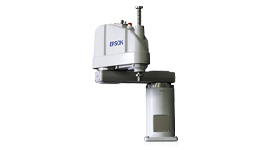 Automatically set acceleration and speed to large values while limiting vibration to the range set for the motor regardless of how the robot moves. 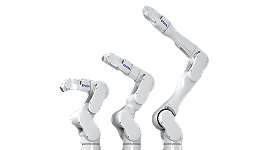 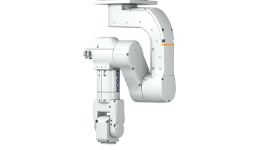 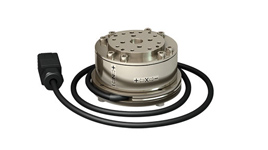 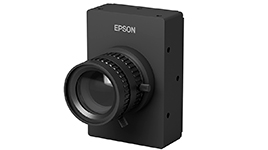 We have successfully automated appearance inspections that formerly relied on human eyesight by using a compact, lightweight spectroscopic camera.

Robot technologies that will shape the world

The origin of Epson's robot business

Epson, which produced the world's first quartz wristwatch, first developed SCARA robots to volume-produce watch movements, which are the sophisticated internal mechanisms that move the hands. We began selling SCARA robots in 1983. Over the ensuing 35 years, Epson advanced the speed, accuracy, and usability of its robots to enable its customers to automate their own manufacturing processes.

We also sought to improve both speed and accuracy. For example, we increase the degree of freedom in equipment design by expanding our control technology to dampen robot-generated vibrations in the support base and peripheral equipment.

Manufacturers have long sought robotic solutions to automate tasks that require a human-like touch. Modulating the force an end-effector applies to an object, however, is fraught with difficulty. Nevertheless, Epson has achieved this by developing force sensors for use in high-precision manufacturing. Engineered using Epson's crystal device technology, these sensors can detect minute changes in force and rotation despite being resistant to deformation. Epson robots have thus acquired a sense of touch to go along with a sense of sight provided by Epson's robotic vision system. These sensory capabilities give our robots the potential to solve many issues in manufacturing.

Epson, which has used its crystal device and sensing technologies to drive a wide range of innovations, continues to increase the speed, accuracy, and usability of its robots to help customers automate their manufacturing processes.

Competition to hire manufacturing workers has intensified largely due to rising income levels in emerging economies and aging populations in advanced economies. While manufacturers are increasingly looking to automate production, they are facing issues such as lack of space, the difficulty of installation and set up, and the difficulty of automating precision processes meaning that they must rely on human intervention on the factory floor.

Epson, however, is committed to providing solutions that exceed customer expectations and increase productivity by applying its robotics and sensing technologies to create high-speed robots with outstanding accuracy.

Epson's force sensors endow robots with the ability to "feel" extremely subtle forces. This ability allows them to assemble mating parts, plug in flexible flat cables (FFC), insert capacitors, and perform other tasks that demand high accuracy and that have traditionally relied on human sensory perception.

By providing solutions that make automation easy, we are helping manufacturers use robots to perform tasks conventionally undertaken by humans. Looking ahead, we will contribute to the development of different industries by contributing to automation and manufacturing efficiency.