Global technology firm, Epson, has continued its efforts for the second successive year to increase awareness of global warming with a new campaign focusing on the issue of Arctic greening and how businesses and consumers can take more action to reduce their environmental impact.

The campaign builds on Epson'scampaign produced by National Geographic CreativeWorks. Last year's campaign won a Webby Award as the People's Voice Winner in the category of social media content dedicated to sustainability, climate and environmental issues.

In this year's campaign, National Geographic Explorer and ecologist Professor Isla Myers-Smith University of Edinburgh details her research on how rising temperatures and warming seasons are leading to a phenomenon called 'the greening of the Arctic'.

For almost twenty years, Prof. Isla Myers-Smith has studied the impact of climate change on the Arctic tundra. In recent years, she and her colleagues have noticed a distinct trend, with trees and shrubs growing more readily in the Arctic where permafrost is thawing.

As temperatures warm, permafrost thaws, releasing carbon stored in it, mostly in the form of partially decayed ancient plants and animals. And as the ground warms, plants grow taller and denser, capturing snow that works as a blanket to insulate the ground and further accelerate warming to release more carbon.

Scientists predict the world's permafrost will thaw substantially by 2100. In January 2022, a study published in the scientific journal, Nature Reviews Earth & Environment, predicted thawing permafrost could release as much as 624 million tons of carbon dioxide per year into the atmosphere. Prof. Myers-Smith and her collaborators published a separate study in Nature Reviews Earth & Environment, which found changing tundra vegetation including increasing shrubs could play an important role in the rate of permafrost thaw.

Prof. Isla Myers-Smith believes it's critical that people understand the implications of Arctic greening and how making small changes in our daily lives can have a positive effect on the environment.

"From saving energy at home to biking to work and eating local, we can each make a difference. It is important for all of us to be aware of how our choices impact the environment-in our own backyards and around the planet."

Epson global president Yasunori Ogawa commented: "We are delighted to work with National Geographic CreativeWorks for a second year to raise awareness about the issue of Arctic greening. Sustainability is at the heart of everything we do, and we are committed to lowering our own environmental footprint and helping our customers to do so too."

For its part, Epson has pioneered a range of printers with Heat-Free Technology that uses low energy and few replacement parts.

With the campaign, Epson hopes to encourage businesses and consumers to make technology choices that can help reduce their carbon footprint. Epson believes it is just one of the many ways in which consumers and businesses can make a difference.

Epson Heat-Free Technology does not require heat in the ink ejection process. Instead pressure is applied to a Piezo element, reducing environmental impact while increasing productivity without compromise. 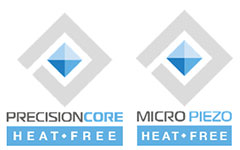 About Epson
Epson is a global technology leader whose philosophy of efficient, compact and precise innovation enriches lives and helps create a better world. The company is focused on solving societal issues through innovations in home and office printing, commercial and industrial printing, manufacturing, visual and lifestyle. Epson will become carbon negative and eliminate use of exhaustible underground resources such as oil and metal by 2050.
Led by the Japan-based Seiko Epson Corporation, the worldwide Epson Group generates annual sales of more than JPY 1 trillion.
corporate.epson/en/